Doke has worked at SDCEA for more than 10 years as a lineman prior to earning the promotion. The line superintendent provides supervision over maintenance and construction of SDCEA’s electric distribution and trans- mission services. That includes managing work flow for line crews, supervising contractors and managing maintenance of fleet vehicles.

Doke likes the family-oriented atmosphere at SDCEA and is looking forward to the new challenges of his new job.

In his free time, Doke enjoys hunting, fishing and riding motorcycles with his family. 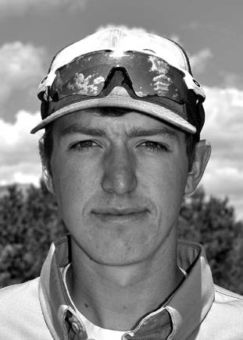 Colton graduated from Buena Vista High School in 2017 and was a SDCEA scholarship recipient. He attended Western Colorado Community College in Grand Junction and earned a lineworker certificate in May 2018.

Besides enjoying hunting, fishing and riding his dirt bike in his free time, Blankenbeckler has recently been working on building a demolition derby car. Though he is returning to his hometown, his family, parents Darrin and Julie and older sisters Ashley and Caitlyn, now live in other parts of Colorado.

Colton said he enjoyed the study of electricity and the extent of its use in all aspects of life. He added that working as a lineman is an adrenaline rush, valuable and very interesting work.